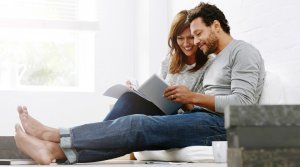 How will 2018’s Budget affect the national property market? For buyers and sellers alike, we take a look at what you need to know.
The 2017 Budget had a strong focus on housing supply and affordability. This year, housing took a back seat with no new, direct
measures for first homebuyers or renters. However, some of the changes will likely have an indirect effect on both the residential and commercial sectors.
Stable interest rates
Homebuyers can take comfort from the fact that the Budget isn’t likely to put immediate pressure on interest rates. President of the Real Estate Institute of Australia Malcolm Gunning says: “This expected interest rate stability comes at a time when housing prices in some of our major cities are showing signs of easing, leading to improved affordability for first homebuyers.”1
No change to negative gearing
The government’s decision to leave negative gearing alone brought sighs of relief from the real estate and development industries.
Gunning described this as an ideal outcome for the housing market1, considering the stringent changes introduced last year to quell investor demand.
“[It was] pleasing to see that the government recognises the important role the current taxation arrangements for negative gearing
and capital gains tax play in increasing supply, keeping rents affordable and easing the burden on social housing by leaving these unchanged,” he said.
More land for home building
The budget did commit to establishing a $1 billion National Housing Finance and Investment Corporation and to release more land suitable for housing.2
As well as unlocking some Commonwealth land for development, the government has taken steps to discourage investors from holding on to land3 that could be used for new homes. From July 2019, investors will no longer be able to claim expenses such as council rates and maintenance costs for vacant land that could be used for housing or other development. The aim is to reduce so-called ‘land banking’, a process that allows investors to hold on to land in the hope that its value will rise while simultaneously enjoying tax benefits granted on the basis that the land would be used for homes or commercial buildings. Under the new rules, the deductions will only apply once a property has been constructed on the land and is available for rent.
Easier access to cheaper housing
Housing is cheaper outside the major cities but lack of access can make it an unrealistic option, particularly for those who work in commercial centres. The government’s allocation of billions of dollars in transport infrastructure upgrades4 could help resolve this problem over the longer term.
Projects designed to attract homebuyers into less expensive areas include upgrades to roads on the Gold Coast, the North South Rail Link in Western Sydney, the Melbourne Airport Rail Link and continuing upgrades to the Bruce Highway in Queensland. Nationally, there are also plans to reduce the congestion5 that can make a daily commute from the suburbs so frustrating.
Helping Australians age at home
In last year’s Budget, the government introduced the Downsizer Contribution so that, from July 1 this year, homeowners over 65 will be able to invest up to $300,000 from the proceeds of the sale of their family home into their superannuation fund6. Along with a higher income in retirement, the move could also be seen as encouragement for singles and couples to sell, freeing up more family homes. There was some speculation that in this year’s Budget the government would use changes to capital gains charges for sellers as further motivation to downsize but, instead, it introduced a measure designed to help retirees stay where they are6.
Now every homeowner over the age of 65 has the option of taking out a reverse mortgage worth up to $11,799 a year for the rest of their lives. A reverse mortgage is effectively a loan that allows homeowners to access the equity they have built up in their home without selling their property. The loan is usually repaid when the house is eventually sold and there are limits in place to prevent people from owing more than their property is worth.

More information
If you’re thinking about buying, selling or taking out a reverse mortgage in 2018 or 2019, you might want to talk to your mortgage
broker about the recent Budget and how it could affect you personally.